Reading:
Recession-proof your marketing ahead of 2023: A CMO guide
Share on
Whitepaper

Recession-proof your marketing ahead of 2023: A CMO guide

A CMO guide to the challenges that lay ahead for marketers come 2023, considering current worldwide economic conditions, and some helpful suggestions on how to recession-proof your marketing function. 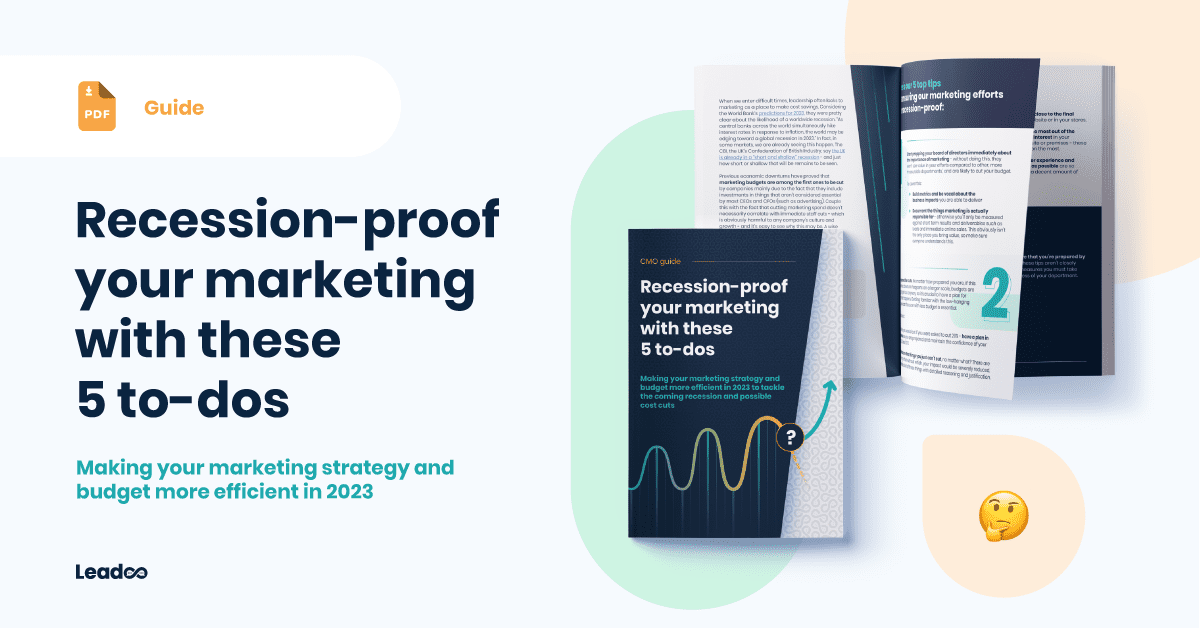 When we enter difficult times, leadership often looks to marketing as a place to make cost savings. Considering the World Bank’s predictions for 2023, they were pretty clear about the likelihood of a worldwide recession. “As central banks across the world simultaneously hike interest rates in response to inflation, the world may be edging toward a global recession in 2023.” In fact, in some markets, we are already seeing this happen. The CBI, the UK’s Confederation of British Industry, say the UK is already in a “short and shallow” recession – and just how short or shallow that will be remains to be seen.

Previous economic downturns have proved that marketing budgets are among the first ones to be cut by companies mainly due to the fact that they include investments in things that aren’t considered essential by most CEOs and CFOs (such as advertising). So, we take a look at what you can do to plan and prepare for the challenges that lay ahead in marketing in 2023.