Reading:
What is conversion, conversion rate and CRO?
Share on

New to marketing, or perhaps you want to take a step towards more results-focused marketing? This article covers the basics of conversion, conversion rate, and CRO. What is conversion? How to calculate conversion rate? How to do CRO?

Answers to these questions and more, coming right up!

Check out also our Complete Guide to Conversion Rate and CRO.

The short definitions of conversion, conversion rate, and CRO 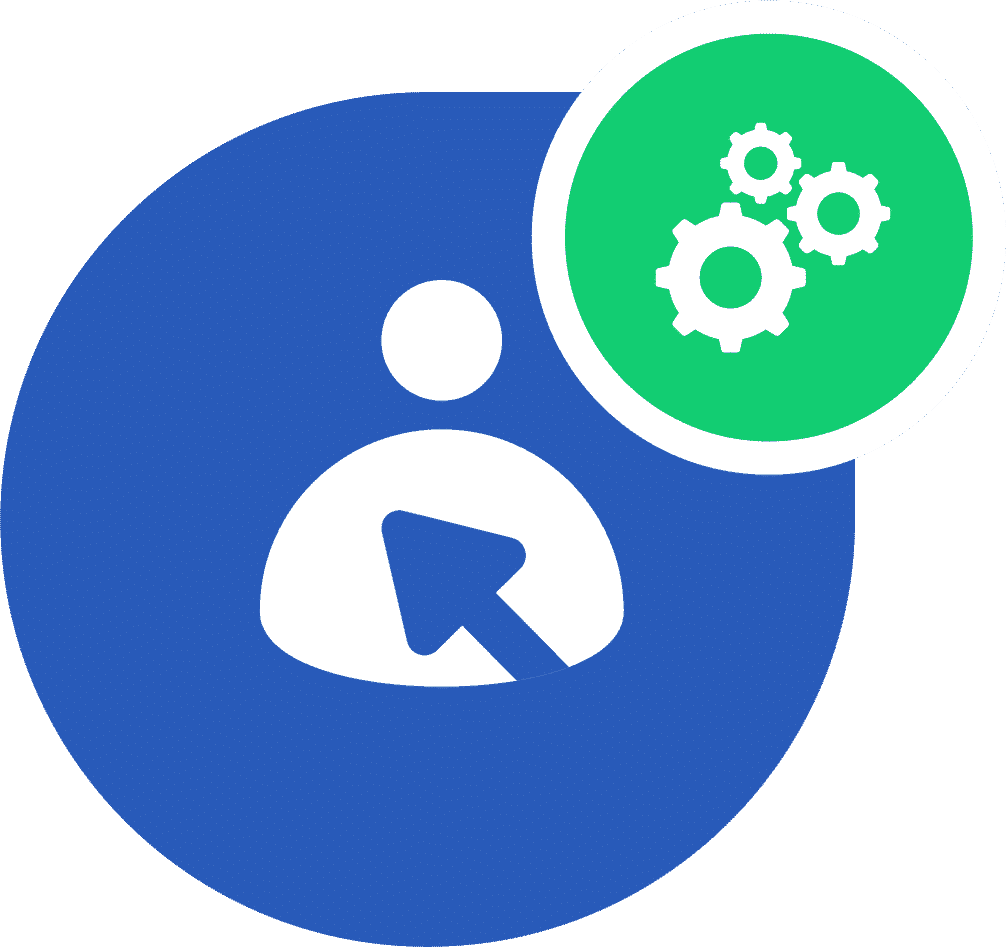 Conversion is the end goal of your marketing activities and campaigns that drive traffic to your website. A conversion is in essence an action taken by a potential customer – an action that takes them further along the buyer’s journey. Conversions come in many forms, as I’ll explain below. 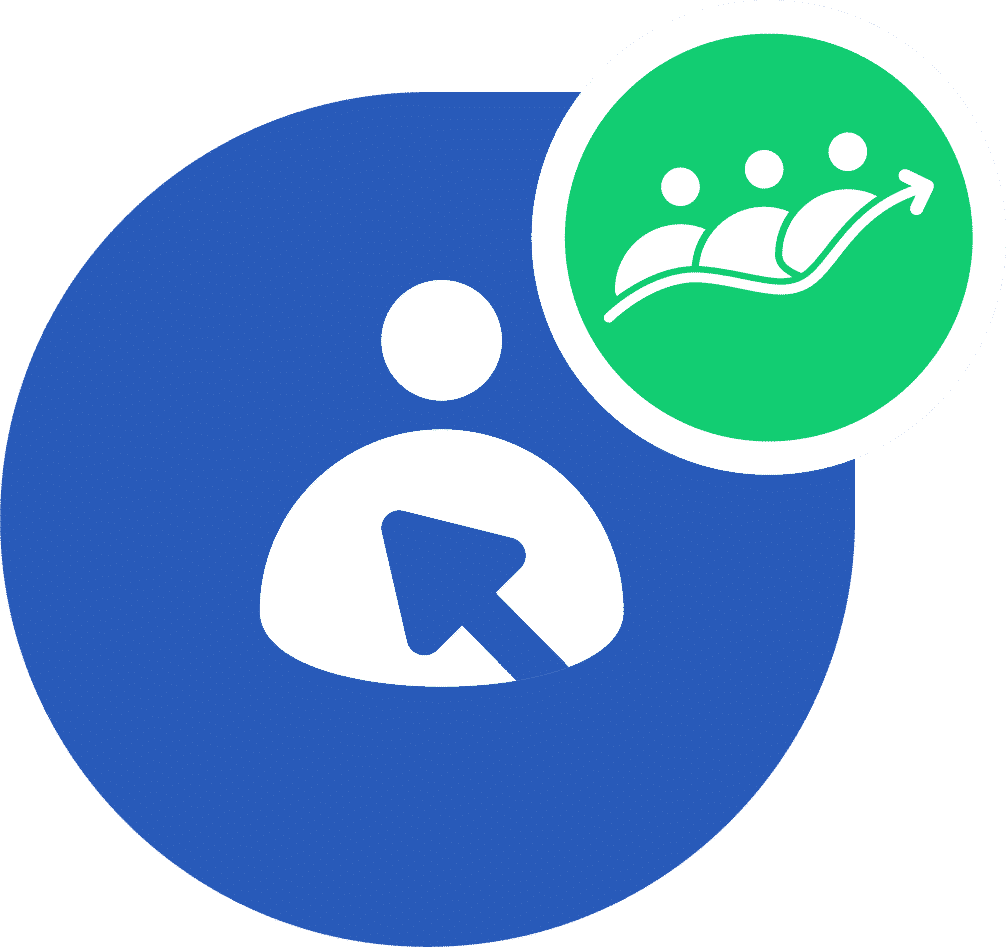 WHAT IS CONVERSION RATE? 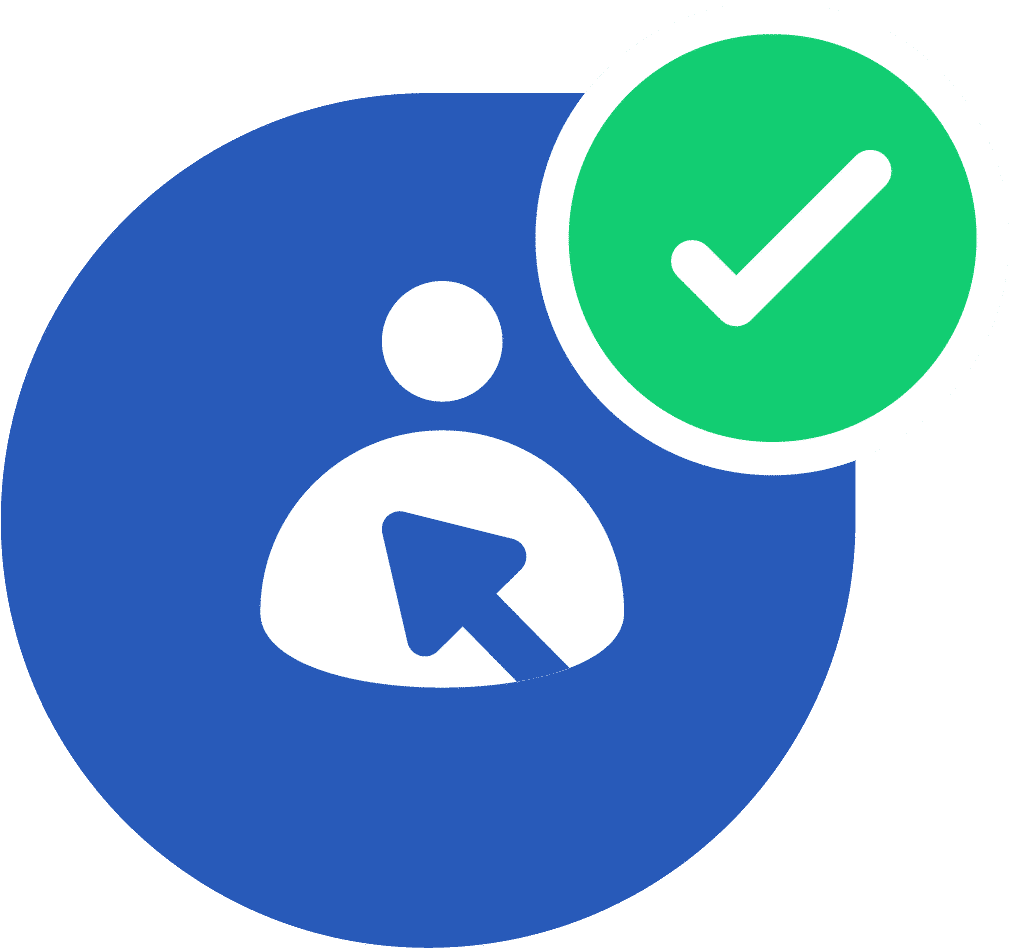 CRO or conversion rate optimization is the practice of improving a conversion rate. CRO is a continuous effort of experimenting with and finding ways to improve a website or landing page’s ability to convert visitors into leads and customers.

What is conversion in marketing and sales?

The fun and tricky thing about conversions is that a conversion is whatever you decide it to be. Common conversion types include:

In other words, conversions are actions that people (potential and existing customers) take, primarily on your website. From the list above, you can see that some conversions are directly linked to revenue, whereas others are further up the funnel.

In both cases, the purpose of a conversion is to nudge the person closer to becoming a customer, or to strengthen the relationship between them and your business.

To put it short and sweet: conversions are good and you want more of them. 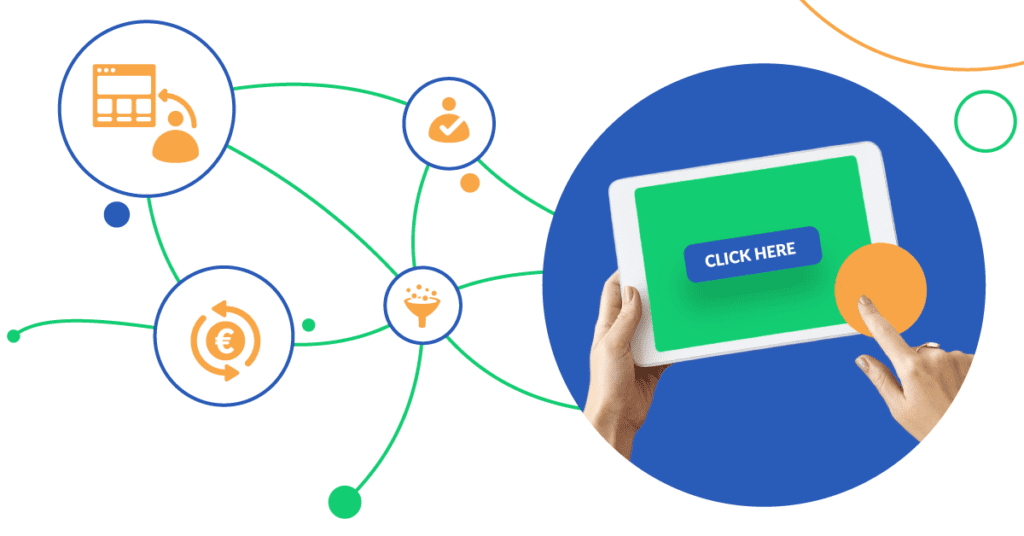 Why do I need conversions?

Conversions tell you (concretely) how well your marketing is performing. Each marketing activity or campaign should have an end goal, for example generating demand and capturing it as demo requests. Therefore, conversions are one critical metric to determine your campaigns’ success.

You should also consider the importance of conversions in a broader sense.

Before people in your audience convert, they are unidentified and cannot be linked to any specific information, interest or other traits. The point of conversion changes the relationship between you and the person. As they walk through the conversion gate, you are rewarded with their contact information and/or other valuable insights.

Conversions give you information about buyers and help you to move the potential customer forward on the buyer’s journey. Especially when treated as leads, converted people feed the work of sales, securing your revenue.

What does conversion rate mean?

Conversion rate tells what percentage of website visitors completed a conversion (for examples, see above: What is conversion in marketing and sales).

Why is conversion rate important?

Knowing your conversion rate (and improving it) is central to running successful marketing operations.

If you don’t know your conversion rate, your marketing will be largely based on hunches about what works and what doesn’t. And that.. Well, it obviously isn’t the optimal way to do marketing.

How to calculate conversion rate

Example: Company A sets up a marketing campaign to drive webinar sign ups from a landing page. Their Facebook and LinkedIn ads and email outreach bring 2400 visitors to the sign up page. On the page, Company A collects sign ups with a chatbot, through which people can reserve a seat in the webinar by leaving their contact information (conversion). In total, 720 people sign up for the webinar. The conversion rate for webinar sign ups is: 720 / 2400 * 100% = 30%

You can calculate conversion rate for an entire website or a set of pages. In these cases, you will simply need to know the total number of conversions and visitors to the pages of interest.

Consider also the different types of conversions. It is important to be able to filter out the conversions that you want to track in each case. If your calculation includes various conversion types, the results will be difficult to interpret and may lead you to inaccurate conclusions.

What does CRO mean?

CRO or conversion rate optimization is the practice of improving conversion rate. CRO is a continuous effort of experimenting with and finding ways to improve a website or landing page’s ability to convert visitors into leads and customers.

There really isn’t one right way to do CRO. That said, you will want to follow certain guidelines to make sure that:

a) you are optimizing things that matter, and
b) you are able to see if your CRO efforts made a difference.

CRO starts from an issue or hypothesis. Perhaps you aren’t happy with your conversion rate, or get an idea about a change that could improve the conversion rate.

Before doing any optimization, find out what the current conversion rate is – otherwise you won’t know if your CRO efforts helped or not. After this, form a hypothesis about something that could improve the conversion rate.

Then, publish the change(s) you want to experiment. A/B testing is a commonly used method, in which you run two different variations of for instance a landing page (A- and B-version) in parallel. After the test, see which version performed better.

What can you experiment with?

Here are a few examples of what you can experiment with to improve conversion rate:

Also things outside of the landing page – for example ad copy – affect conversion rate. Such factors affect the expectations of the person who lands on the website, therefore making them either more or less likely to convert.

Example: Company A’s previous webinar registration page had a conversion rate of 30%. The marketing team hypothesized that edits to the page and chatbot would improve the rate. For the next webinar, they tweaked the layout of the landing page and made it clearer why someone should register. They also simplified the chatbot conversation to make it easier for visitors to convert.

The same amount of visitors landed on the new webinar’s sign up page as previously (2400). However, with the changes made, Company A was able to convert 960 of those visitors. This results in a 40% conversion rate, and a 33%-increase in conversion rate compared to the previous webinar.

It should be noted that in the above example, other factors outside of the CRO work could have had an impact on the conversion rate. These include f.i. increased trust towards the brand as a result of the previous webinar, and more successful ad targeting.

Why should you do CRO?

It pays off to put efforts into CRO for two important reasons:

Conversion rate optimization essentially improves your chances of converting a new visitor. The beauty of it is that CRO brings results regardless of much traffic you have. All of those people come to your website for a reason, and you want to provide natural points of conversion to as many as you can.

Better conversion rate means that your marketing activities will have a higher ROI. Every dollar you spend on advertising, SEO, and so on, will be used more effectively with a high conversion rate.

As a result, you can even cut down your advertising budget – or at least your ROAS (return on ad spend) will improve. These improvements are reflected in the bigger picture in your CAC (customer acquisition cost).

Investing in conversions, conversion rate, and CRO is a great idea, because the work you put in directly targets the low-hanging fruits. Think of it this way: there are basically two options to growing your business online

Naturally, you need both.

But when looking to get quick and measurable results, investing in CRO is your best bet. As a bonus, all the work you put in will improve your online customer experience. 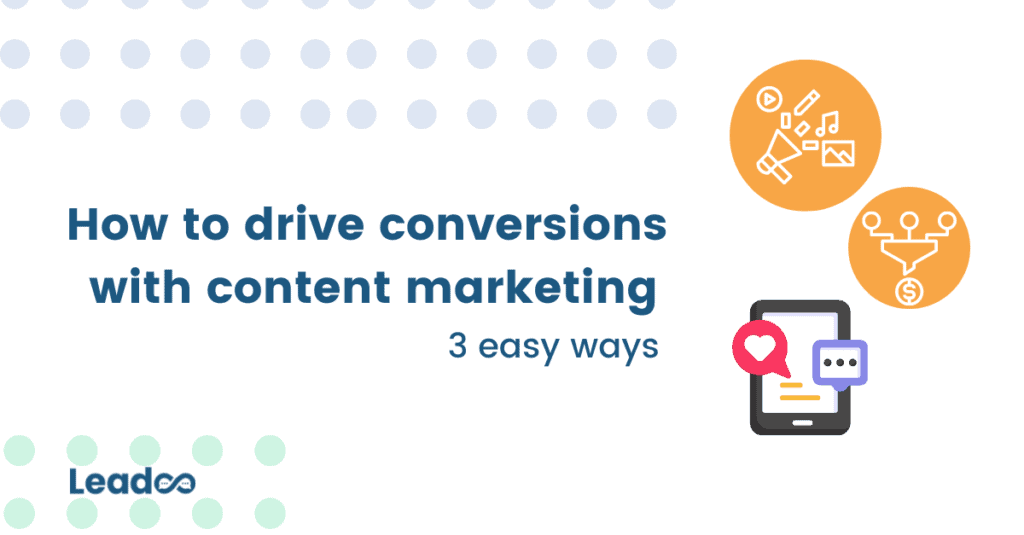 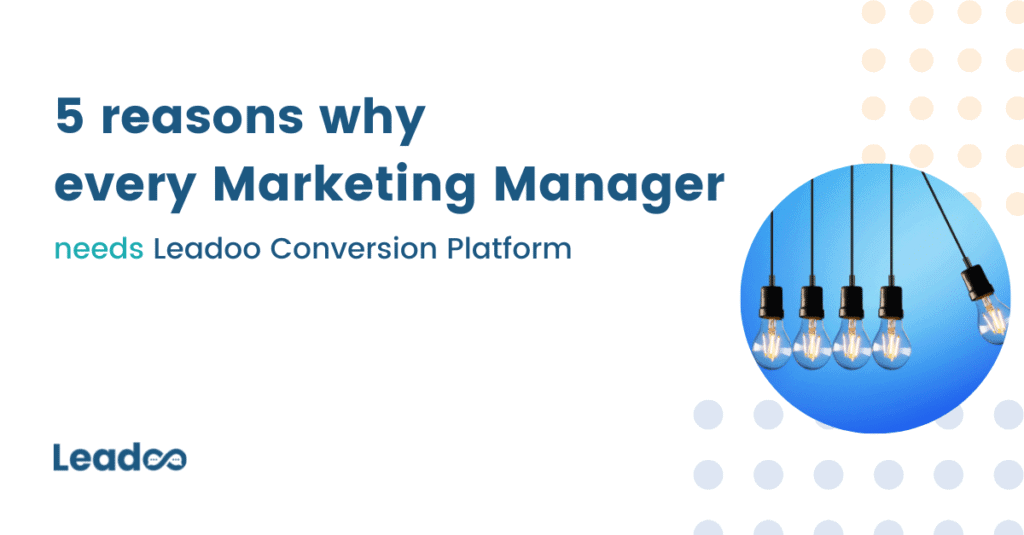 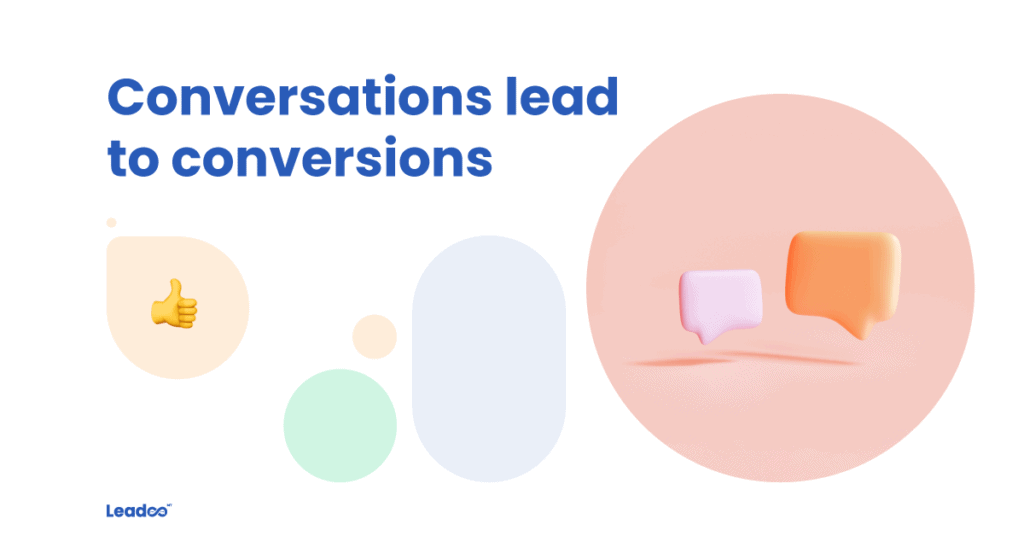